Realizing that Emmanuel has already populated the FG Hangar with a pair of WWI era "G" type Caudrons, what about the early nineteen-ten Caudrons that Rene Caudron so graciously designed and released to the public without any patent?  These were early public domain designs much like Alberto Santos-DuMont's aircraft. 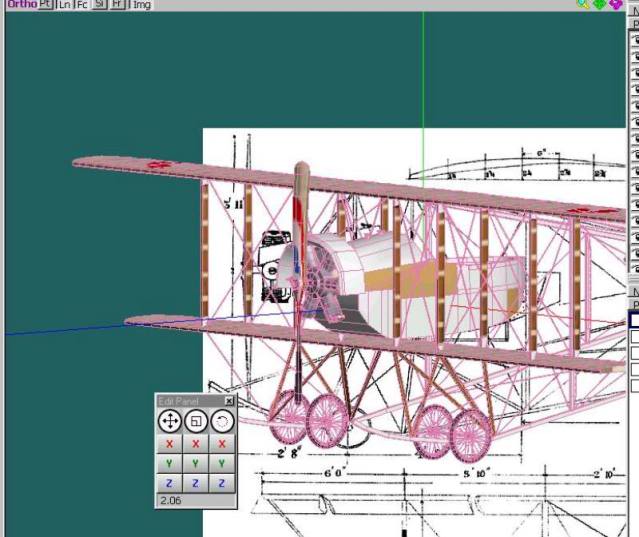 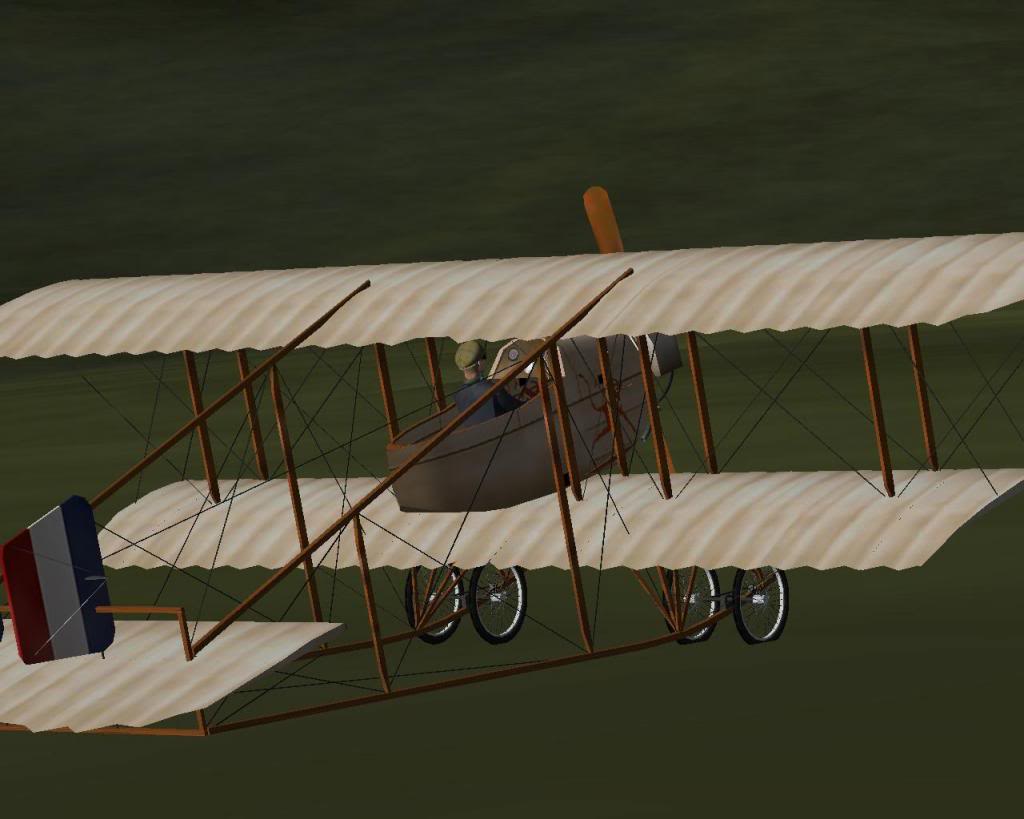 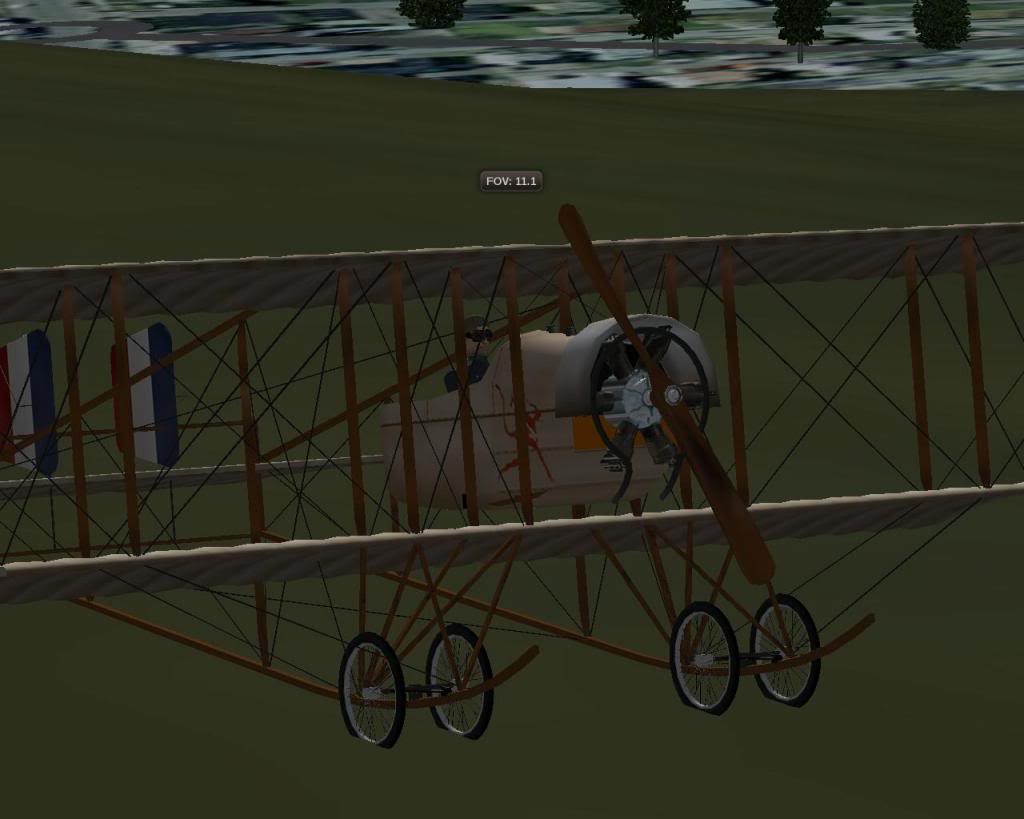 I've always liked the diminutive 1912 Caudron type 'N' race plane of Rene's.  I was a bit surprised to discover that he had several versions of the type "G" as earlier prototypes that were popular in England in 1911-13 as flight trainers.  So much was the performance of these little biplanes that they were prized for their agility, and climb to altitude on very modest powerplants. They also pioneered a number of revolutionary flight surface control systems that used the bifurcated and flexible rear stabilizer as elevators and ailerons.

Finding 3 views of this particular aircraft online is not easy, luckily I have a CD with some images of various early Caudrons, so I used what was inaccurately called a 'G-I Caudron', powered by a 45 H.P. 6 cylinder radial Anzani, as the basis for this plane.  I believe this was also referred to as the 10 meter Caudron Biplane.  It was flown at Hendon and had won some time to altitude contests.

I have had a change of mind about flight models systems lately, and I've been making most of my old aircraft recently with YASim FDM's, with my own ideas about how the prototype's data is programmed.  I believe it makes for easy prototyping and a fairly accurate representation of the real aircraft's flight behavior.